With Metroid Dread just released and waiting for Metroid Prime 4, the series of Samus Aran could enter its best period: let’s see why.

Everyone knows that Metroid is a series much more important, influential and prestigious than they tell the sales that, to tell the truth, have always been rather poor: all the games of the saga added up, including spin-offs, do not reach eighteen million copies.

This year, also to properly narrate the arrival of Metroid Dread, we remembered the 35th anniversary – and the innovations – of the first episode on NES: chapter that, at the moment, still remains the second best-selling, with 2.73 million copies. A number that needs to be contextualized, because compared to the release date and compared to the other most successful games of the console, is much more relevant than the numbers say. We have also recalled the birth and evolution of the metroivanias that have taken the DNA from this series, as well as the name. 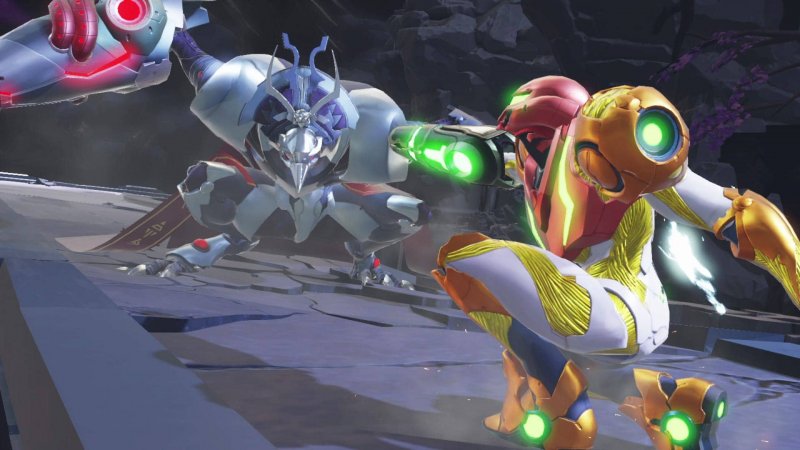 Metroid Dread: the latest episode of the series, recently released on Nintendo Switch.

Before eviscerating the present and try (roughly) to predict the future, let’s briefly review the history of this series: when it has experienced the best periods and when, on the contrary, has not been valued enough. We have already written that the debut (dating back to 1986) was extremely happy and thanks to the quality of the work was born that trinity Nintendo, which still someone mentions, consisting of Mario, Metroid and Zelda. The ’90s, to understand the progression of the saga, should be divided into two years. In the first one two Metroid were released, namely Metroid II: Return of Samus for Game Boy (in 1991), and especially Super Metroid (in 1994) for Super Nintendo, a true masterpiece.

From then on, Metroid has stepped aside, in parallel with the reduction (or rather, the lack of expansion) of the team that had always taken care of him, or R&D1. A team that took years to reinvent itself in the polygonal world and that has found the keystone only recently, with more or less fruitful collaborations with external software houses (as in the case of MercurySteam). In any case, Nintendo 64 did not have its Metroid; not only did it not have it, but it did not even come close to having it. Realizing that R&D1 wouldn’t be able to make it in its entirety, Nintendo tried – belatedly – to find some external developer who could take care of it. It didn’t succeed. But the search was just beginning. 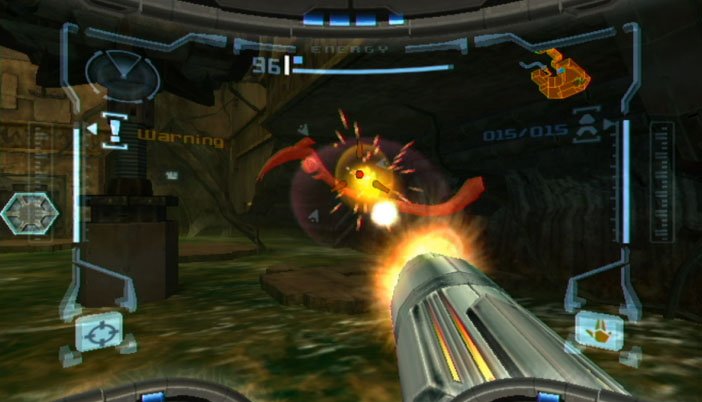 Metroid Prime: Trilogy: the collection of the three classics released on Nintendo Wii

The solution came from Texas, and not by accident: Nintendo created, financed and supervised the efforts of Retro Studios, which repaid every single dollar invested with a masterpiece like Metroid Prime, a majestic work that obtained exceptional critical recognition and excellent sales (2.84 million copies, the most popular Metroid to date). The Retro Studios game, defined by the developers themselves FPA (First-Person Adventure), was accompanied in the same period (late 2002) by an excellent portable episode, Metroid Fusion, created by R&D1. The latter managed to sell more than a million and a half copies, going to sculpt a Christmas season in the name of Samus Aran.

The year 2002 marked the high point of the entire history of Metroid and kicked off a decade in which many games were released in the saga, including several spin-offs. It was clear the will, by Nintendo, to make that trinity (Mario, Zelda, Metroid) something concrete, even at the commercial level. An operation that succeeded only in part: Metroid Prime Pinball did not reach 300,000 copies, Metroid Prime: Hunters, despite the good quality of the title and despite being released for the most popular handheld console in history (Nintendo DS), struggled to exceed one million copies sold.

Apart from the valuable remake of the first chapter, released on Game Boy Advance in 2004 (Metroid: Zero Mission) by R&D1, it is thanks to Retro Studios that this decade should be considered the best for the saga. In 2004 was released Metroid Prime 2: Echoes and in 2007 (on Nintendo Wii) Metroid Prime 3: Corruption. All chapters of great quality. From there on Retro Studios would leave Samus Aran to throw on Donkey Kong and would be abandoned by the main creative minds behind Metroid Prime (as Mark Pacini, director of all three chapters): in 2009, to seal these extraordinary years, was published the Metroid Prime: Trilogy, an anthology of the saga.

If in 2002 Metroid Prime had heralded a great period, in 2010 Metroid: Other M marked the end in the worst way. For the first time, R&D1 and Sakamoto, the historical head of the series, had received a budget high enough to develop a polygonal episode: they would have collaborated with Team Ninja in the creation of a Metroid that alternated two-dimensional phases with others in first person, and that deepened the personality of Samus Aran. The project resulted in a mediocre work and a commercial failure (considering the investment). With Retro Studios in transition and focused on Donkey Kong, the prospects for Metroid were anything but rosy. 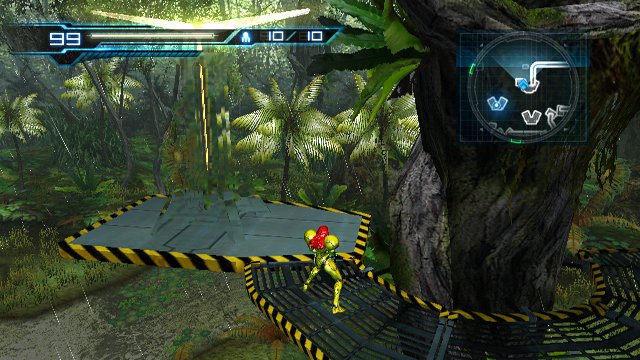 Metroid: Other M: one of the lowest points of the saga.

Not coincidentally, the saga is revived only six years later, with a spin-off that many considered even offensive: because one thing is to make Metroid Prime Pinball immediately after a masterpiece, another is to publish Metroid Prime: Federation Force, a mediocre and graphically sloppy action title (for Nintendo 3DS), when for years there were no traces of Samus Aran. The bounty hunter would only return the following year, in 2017, with the remake of the Game Boy episode: Metroid: Samus Returns turned out to be a great game and, in retrospect, was instrumental in revitalizing the series. Because from that collaboration between the current EPD 7 and Mercury Steam would be born Metroid Dread. 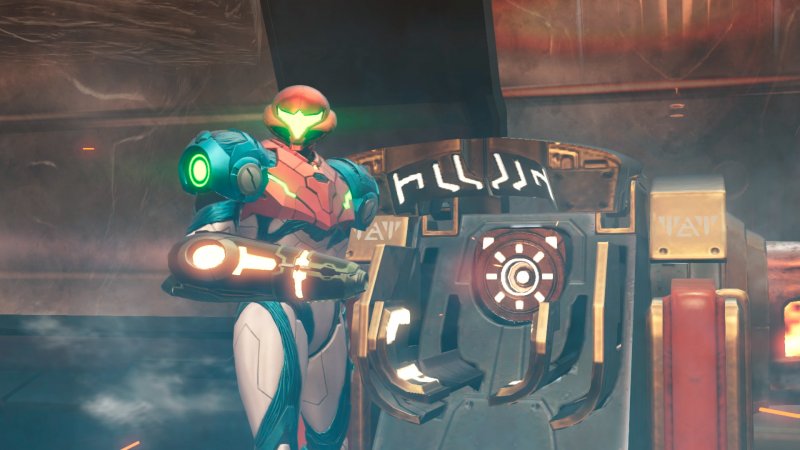 Metroid Prime 4 was announced a good four years ago, at E3 2017, without specifying who the developer was. Rumors came out in the following months: it was rumored that the chosen company could be Bandai Namco Singapore. Whoever it was, Nintendo did not appreciate the work done, to the point of cancelling the project to start it again, in early 2019, with Retro Studios. Retro Studios that, exactly like Metroid, has been lost in recent years: adaptations and remakes aside, they haven’t published anything since 2014.

Few hoped on a two-dimensional Metroid game on Nintendo Switch: and instead, at this year’s E3, Nintendo presented Metroid Dread (we, perhaps overly optimistically, predicted it). The game turned out to be a success, in our review we awarded it with a 9, and has a Metacritic average of 88: we do not yet have certain numbers globally, but the commercial results that have emerged so far (in the UK and Japan) give hope that Metroid Dread can become (or come close to being) the most popular chapter of the saga. For its quality, but also for the installed base and the user base of Nintendo Switch. 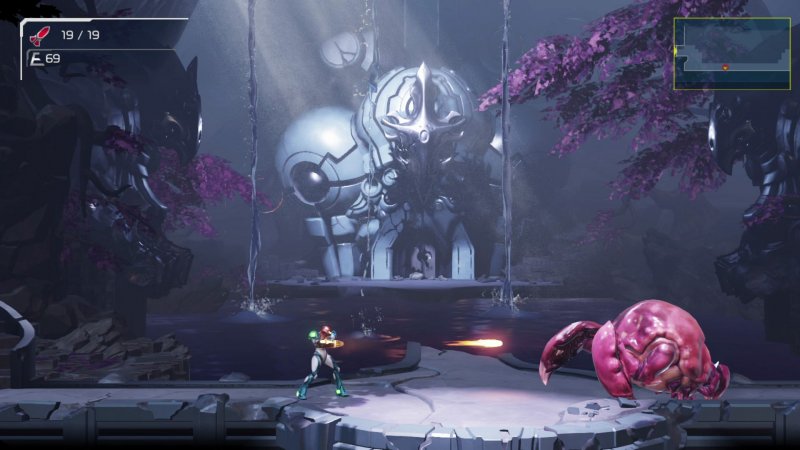 Metroid Dread: one of the scenarios of the game.

And the hope, clearly, is that this was just the beginning. For years there have been rumors of a high-definition adaptation of Metroid Prime: Trilogy: if it really existed, there would be no better time to launch it than between Metroid Dread and Metroid Prime 4, so as to maintain high attention on the saga and prepare the ground for the launch of the Retro Studios project.

In Texas they have been working on Metroid Prime 4 for more than two and a half years. We have not yet seen a trailer, but we know that Nintendo is investing heavily in the project: it is optimistic to hope that it comes out in 2022, more likely to arrive the following year. A roadmap consisting of Metroid Dread (2021), Metroid Prime: Trilogy HD (2022) and Metroid Prime 4 (2023) would not be bad at all. And it could project the saga in a commercial dimension that has never belonged to it: much will depend on the quality of the Retro Studios work. 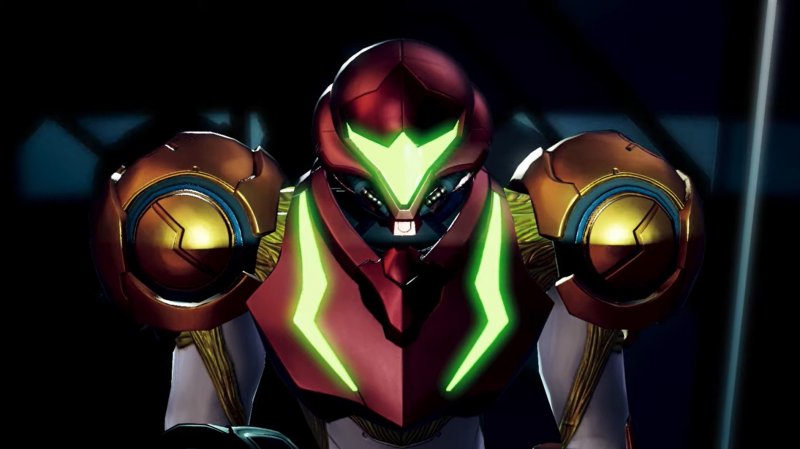 Metroid Dread: Samus has never been as “powerful” as she is in this game.

Before Nintendo Switch, no The Legend of Zelda game had ever sold (excluding remakes) more than ten million copies. Breath of the Wild is approaching twenty-five. If Metroid Prime 4 lives up to expectations, Metroid, with proper proportions, could embark on a similar commercial path as The Legend of Zelda. Want to bet it will be open world?