When a video game instead of the classic “press any key to start” proposes “press a stuff”, you immediately understand that there is a Sio. And if you don’t know Sio (Simone Albrigi’s pseudonym), it’s useless to go around, some problems arise immediately: not only have you always ignored the existence of one of the most famous Italian comic book creators, but you’ve also ignored the existence of one of the most famous Italian comic book creators. The videogame in question, developed by Studio Evil and Sio himself, is a definitive homage to Sio’s work, a cauldron where all the ideas, themes, crazy characters and absurd situations that every nonsense comic book reader has learned to love, meet (and clash). If you have never read the comic Sio, then, you risk misunderstanding the spirit of the production: put aside video game genre, gameplay and technical sector (and that’s not bad, in the end) of which you can speak with a certain rationality, remain the plot, characters and the way to tell Super Cane Magic ZERO, which very simply do not make any sense. And that is precisely why they are immediately recognizable and have made their author famous: we will highlight in the review, trying to understand how and how much they can also work within a video game.

Plot, Wizards and a dog AAAH!

A video game is not a comic book. When the CRO CRO dfunding campaign of Super Cane Magic ZERO was launched back in 2014, which was completed with excellent results, this aspect perhaps took a back seat. A strip of Sio of the simplest format (four vignettes telling a short skit) is born, explodes in its nonsense humor, makes everyone happy and then goes off. It is difficult to go back to reading it more than once, because then the joke (or the situation itself, usually bordering on the insane) no longer make you laugh. 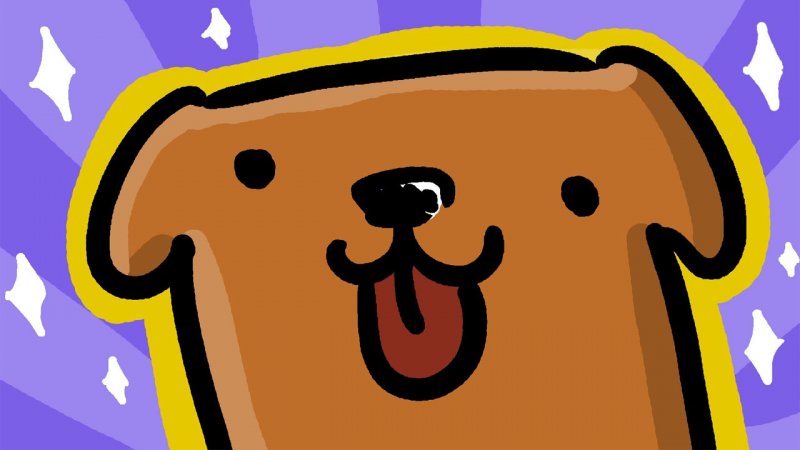 The video game instead requires structuring a broader experience from the beginning: Super Cane Magic ZERO lasts the beauty of twenty hours, which you can add more if you choose to replay it or find all the secrets hidden in the various levels; and more, if you decide for some reason to start organizing tournaments in its PVP arenas locally. It must not have been easy to find a common thread able to unite the absurd characters born from the twisted (but brilliant) mind of the author: Sio did it by bringing together in a plot roughly sensible (at least able to propose a beginning, an unfolding and an end) some of the most famous characters of his comics. Just think that spunto initial narrative consists of the dog AAAH! (already famous for a series of videos on Y The narrative premises will perhaps help you immediately understand whether or not Super Cane Magic ZERO teases the strings of your imagination. It all starts when in the magical world of W the powerful cake Wizard dies, suddenly, while he is eating a cake salad (and that’s okay). His dog was present and from the pain goes crazy, becoming a magical dog: from that moment on every time he barks he combines something very strange and destabilizing for the order of things and the world. 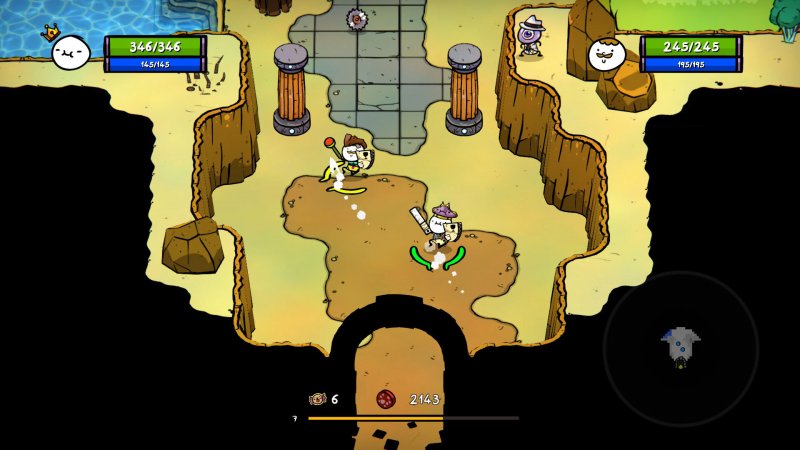 Among the most recent disasters: he coated the moon with an impenetrable layer of chocolate, froze a volcano, started the fall of meteorites rich in canine magic. In short, you have to bring everything back to normal (or to what in this bizarre world comes closest to normal), and to do so you need a hero. The hero of course is the protagonist player, who has meanwhile had plenty of time to create his alter ego by choosing between some unthinkable characters called Coso, Cosa, Giancoso, Annacosa and so on. Initially devoid of memory, the hero begins a series of daring adventures guided sometimes by a minimum of internal coherence, sometimes by pure chance: he is imprisoned in a space prison, then freed, wanders the plains, reaches distant kingdoms via portals and much more before facing the villain on duty and restoring peace.

Now, if the narrative premise of Super Cane Magic ZERO can please or not, and it can especially please the fans of the author, it must be noted how the video game in and of itself is a discreetly solid action RPG, unsuspectably deep and rich in content. The production of Sio is an RPG, an RPG accessible to everyone, but Real: just consider that each character has parameters, Game class and powers very different from each other. Everything is always guided by the nonsense context, the same that in the gamepla riesce can still justify the variety of the game aspects proposed: Annacosa, for example, belongs to the influencer class. His statistics are not the same as Coso, a simple magician: the two characters will therefore give their best using a different type of equipment in battle. 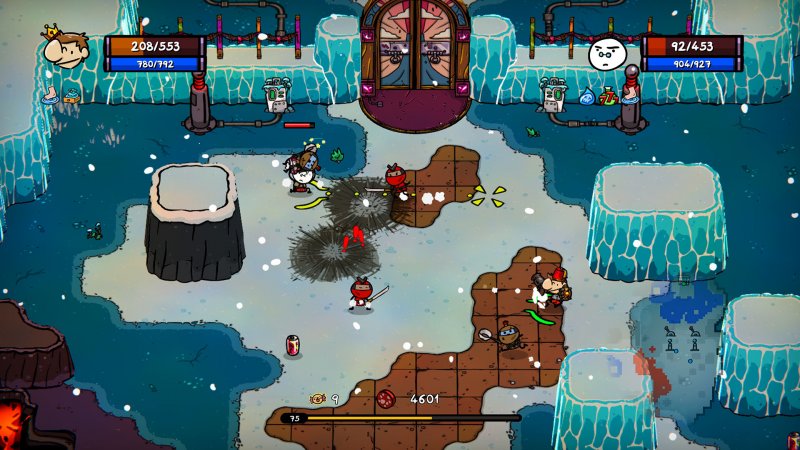 Accessories, weapons and clothing can be changed at any time from the inventory, as long as you find items worthy of interest in the loot Left on the ground by enemies: they are also out of their minds, but the advantages they provide in battle are tangible. A male character can safely wear a pair of grandfather’s underpants or a bra, and the latter provide very precise statistics bonuses; a sword can replace a ruler in fights against enemies, but the ruler could have advantagesI interesting. It tries in a certain way to lead to experimenting with different styles and approaches, but only partially succeeding due to a rather lenient challenge rate. The quality of the drop and the tools that can be found varies depending on the difficulty level of the main adventure: the higher this is, the better the loot. Super Cane Magic Zero can be tackled in single or co-op mode, up to a maximum of four friends at the same time. 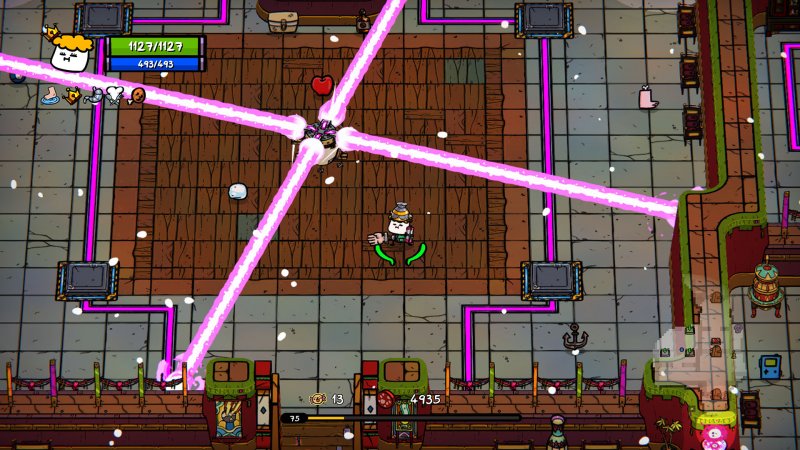 The perspective from above, the constant presence of a minimap in the corner of the screen and the two-dimensional and clean level design are all aspects that make the exploration of the levels extremely intuitive, which despite a discreet vastness are almost always organized by watertight compartments: small square or rectangular areas from which you easily move to the next. Each zone is good then, in the minds of the developers, to remember how in Super Cane Magic ZERO RPG and action go hand in hand: as soon as they leave the prison of the first level, for some reason the crazy feet (yes, the crazy feet) attack, forcing the player to quickly remember the information learned from the quick tutorial. The general sense of difficulty was never a real problem during our raids at W 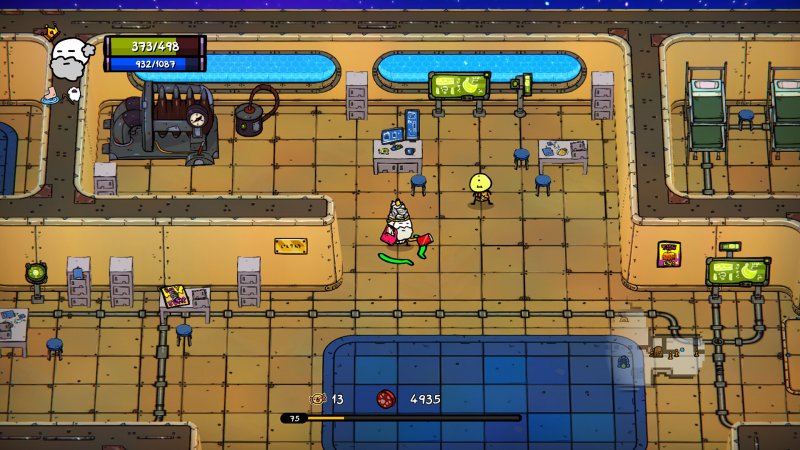 All right, it is possible to eat even stones to recover energy, and the precious citation in Sio’s work is evident, but the commands to collect and throw objects leave much to be desired; just as the management of fights against large groups of enemies is not entirely convincing, where it is not always clear how and why collisions go (or do not go) successfully. Loading times are better not to mention at all, since it is incomprehensible how content levels and a reasonable number of on-screen elements require almost eternal transition phases, even simply to return from a dungeon to a throne room. The funny cartoons that run between the uploads themselves do not help much, because after a couple of hours they begin to become repetitive, or even worse they are directly repeated. From this point of view, in five years of work, Sio could have easily drawn a little more.

Super Cane Magic ZERO is a tribute to the work of cartoonist Eout His paw is present everywhere, the quotations to his most famous works evident; it is also a pleasant action RPG, which under an apparent simplicity hides a considerable amount and depth of content. Many aspects of production could be revised, including loadings, item launch management, and combat physics/collision. However, they are flaws that fans of the wise tree and Dr. Culocane will be able to easily endure; from the technical point of view Super Cane Magic ZERO on Nintendo Sitch Take a look at some of the author’s comics, they are available on Facebook, and evaluate the purchase. Even taking into account the fact that it is a perfect title for evenings in the company of friends.

Published on 13 hours ago 1 min read

Published on 15 hours ago 4 min read

Published on 2 days ago 3 min read

Published on 2 days ago 5 min read